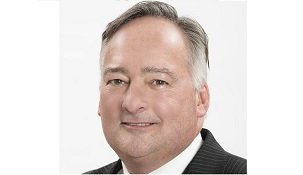 For more than a decade, Tim Lambert has been the Chief Executive Officer of the Egg Farmers of Canada. Tim serves as Vice Chair of the International Egg Commission (IEC) and Chair of numerous committees at the international level. The IEC is the Global Network for the egg industry with members in over 75 countries around the world with partnership links to the FAO and OIE.

Tim is also a trustee on the Board of Trustees for the International Egg Foundation whose purpose is to increase egg production and egg consumption in developing countries, to provide undernourished infants, children and families with an independent, sustainable, high-quality protein supply.

Before joining EFC in June of 2003, Tim worked in the beef cattle industry for 8 years as a CEO and General Manager of Beef Improvement Ontario, a genetic improvement company based out of Guelp, Ontario. Prior to his experiences in the beef industry Tim was the CEO and General Manager of Ontario Swine Improvement and spent a total of 10 years in the pork industry. He is a 1983 graduate of the University of Guelph with Honours degree in Animal and Poultry Science.