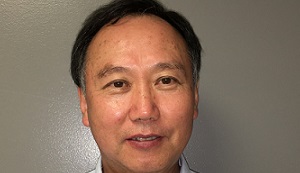 Dr. Ahn received his Ph.D. degree from University of Wisconsin-Madison in 1988 and is working at Iowa State University in 1994 in the Department of Animal Science. He has devoted his entire professional career to research and education of Animal Products and Processing Technology.

1) the causative mechanisms and control of lipid oxidation in muscle food systems and eggs,
2)
assessment of the impact of irradiation of muscle foods on food safety, quality & consumer acceptability,
3)
developing functional proteins having significant commercial applications from egg albumin and yolk.

These three areas of study are particularly important in that they address questions that impact both the safety and quality of our food supply.

His research in this area is contributing significantly towards the ultimate commercialization of a number of products that will greatly benefit society in the areas of nutrition and food safety. Dr. Ahn has been extensively involved in numerous national and international activities at various levels and published 250 referred journal articles and 24 book chapters, and received the American Egg Board Research Award in 2000 and 2015 for his excellent research on the egg, the Evonic Degussa Award in 2011 for achievement in poultry science from the Poultry Science Association, and Award in Meats Research in 2013 for his research contributions to meat science from the American Society of Animal Science.